This is Part 2, The Magpul.  We did this one for Jacob Heppner's second appearance in The Tactical Games.  We shot in some Magpul Logos to represent his sponsor Magpul.  The rifle is a bad ass Ballistic Advantage, they built it just for Jacob with a 14" barrel, pinned and welded break, Geissele trigger, Vortex HD 1-8x, and we threw on some Strike Industries controls.  The rifle was cerakoted in Magpul Flat Dark Earth, with a Graphite black battlewear, and then we did the accents in Crimson.  It did a great job at the Games, he worked his way to second place this time!  He Is competing at Nationals next, and we have a brand new design in the works for him to step in and take the crown.

Go check out @thetacticalgames on Instagram, also make sure you check out Jacob on his pages at @jheppner66 and his firearms page @heppner.firearms.  If you want to see this rifle in action check out @magpul on instagram and Youtube, they are running a three part series on Jacobs progress into the world of firearms and competing in The Tactical Games.  Scroll down and check out some of the videos right here! 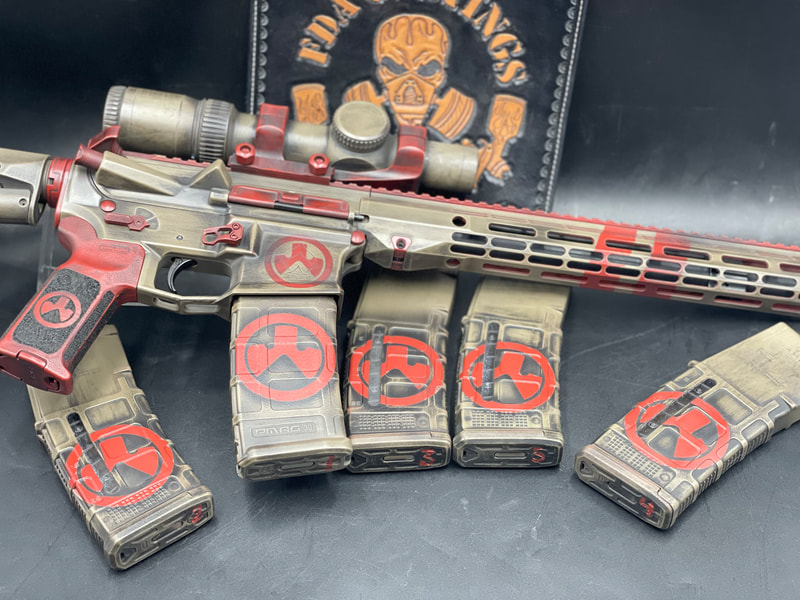 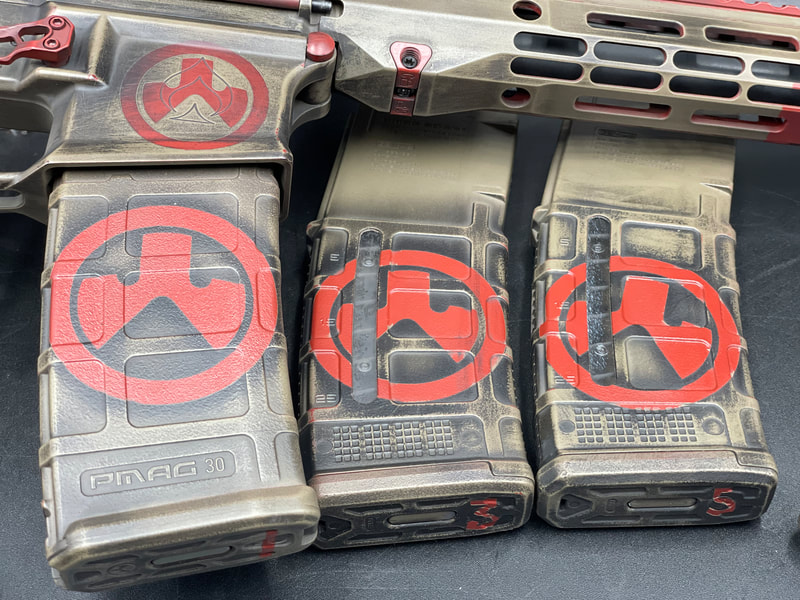 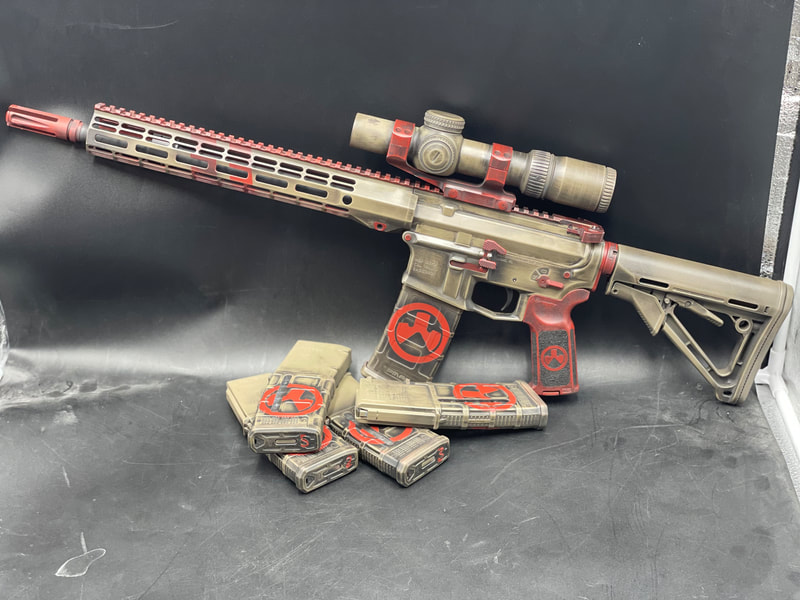 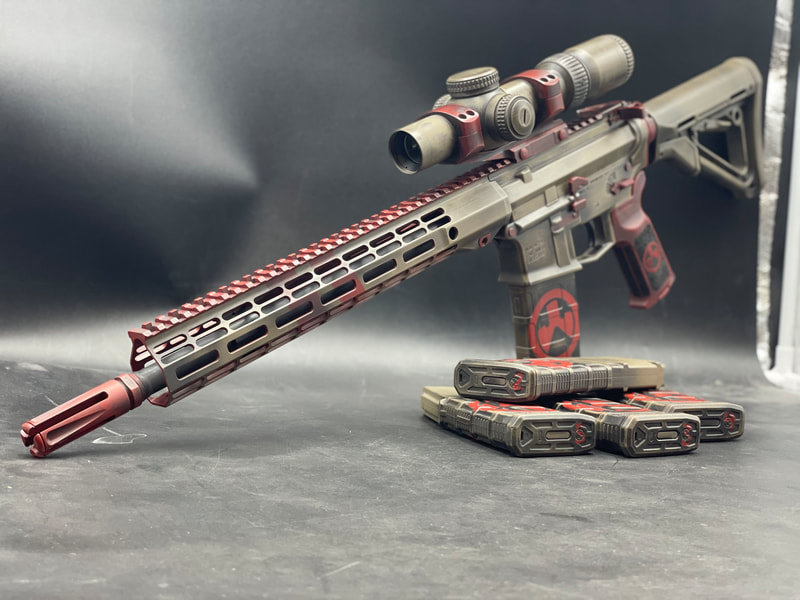 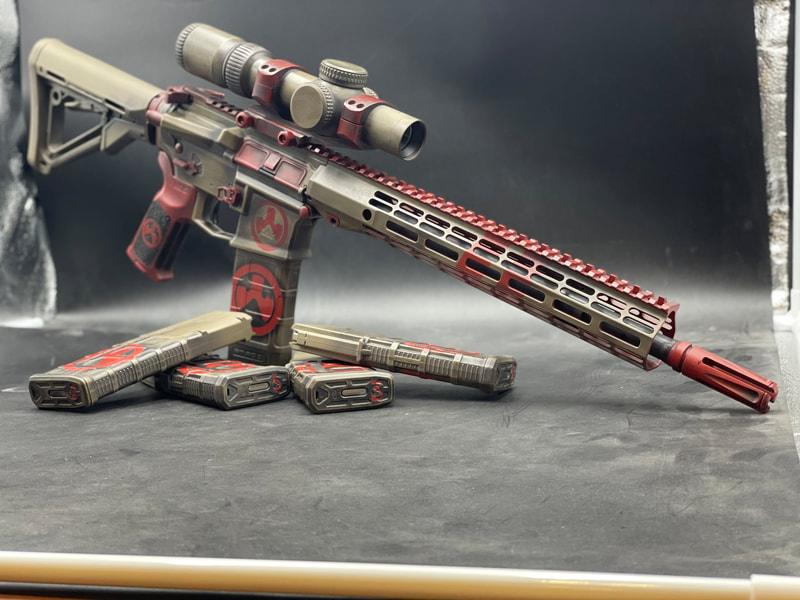 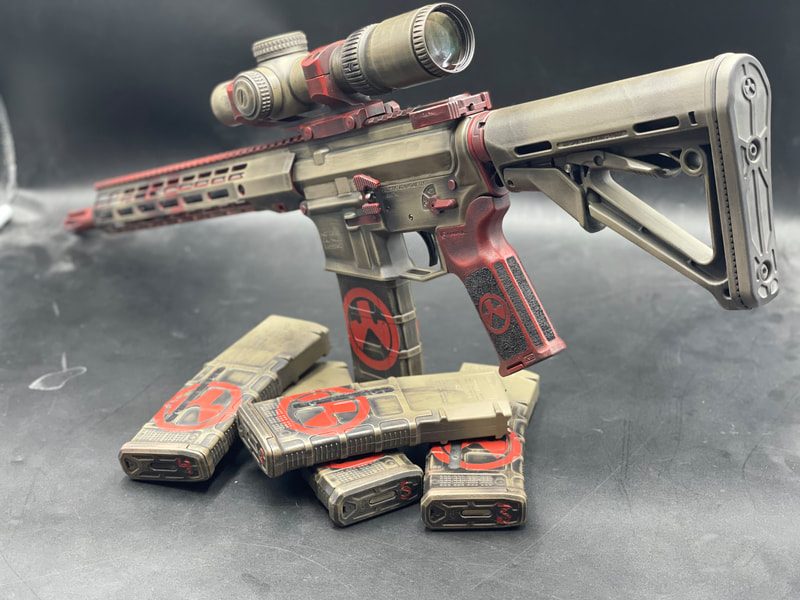 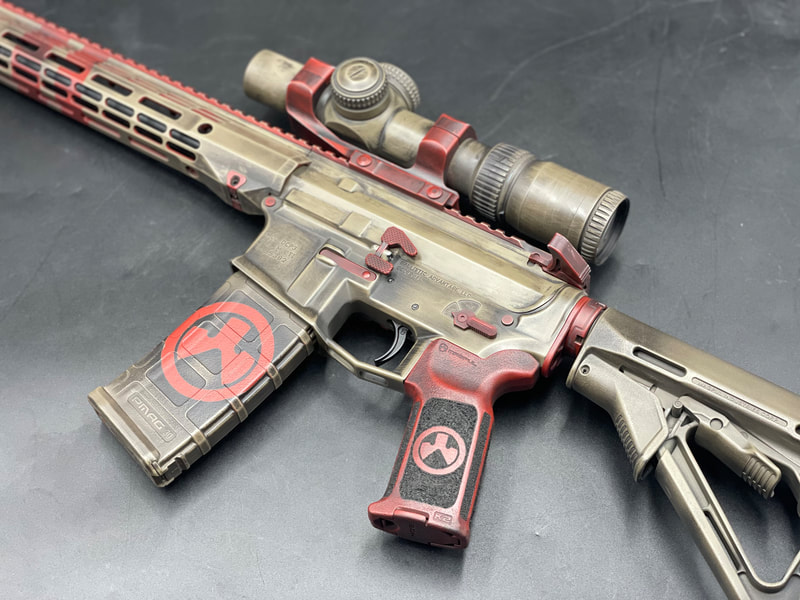 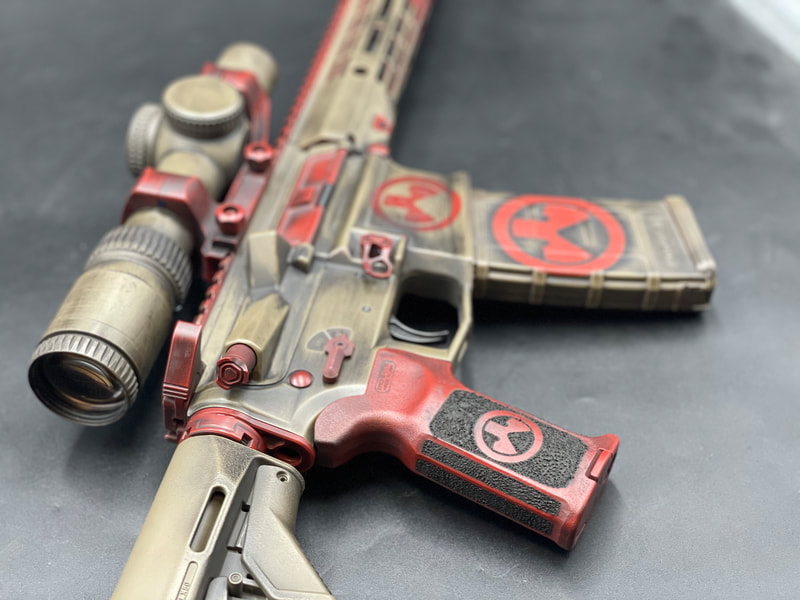 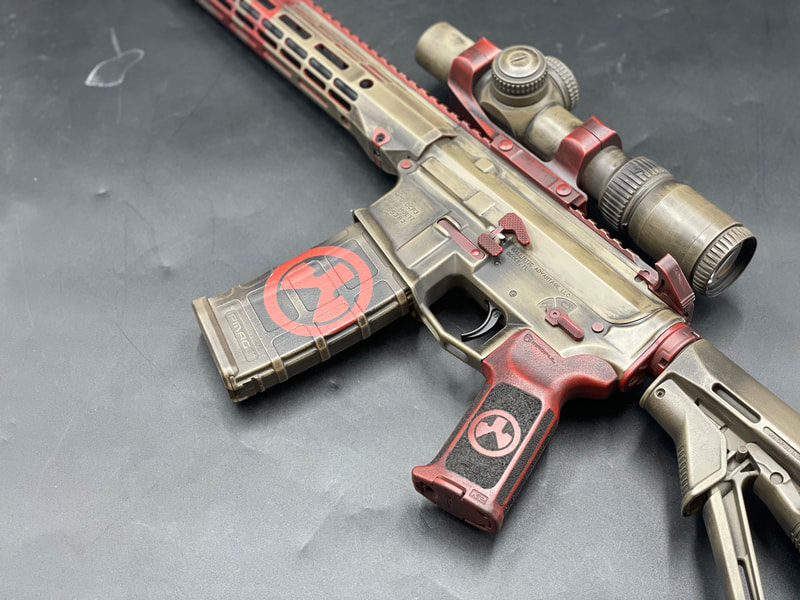